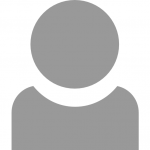 The spatial scaffolding includes modern modular scaffolding systems. Most often, they are free-standing structures with a complex and irregular shape that form a scaffolding grid in three dimensions. Spatial scaffolding has unlimited expansion possibilities in height, length and in the transverse direction.

They are mainly used in the construction and maintenance of bridges, silos, industrial chimneys or viaducts, as well as as structures supporting the ceiling, paying particular attention to the stiffening of the structure and the bearing capacity of the substrate. It is a scaffolding system that will also work well inside of the building, for example when renovating historic buildings. Spatial scaffolding is used not only in the construction industry, it can be used to create a structure for an advertising banner or as a basis for scenery.

The basic elements of the modular scaffolding are stands and transoms. The vertical and horizontal braces play an important role in stiffening the entire structure. Their number needed to build spatial scaffolding is much greater than in facade scaffolding, because they most often have to carry heavy loads.

The advantage of the modular scaffolding is well-thought-out technology which is easy and quick assembly, which has been achieved through the use of prefabricated components, thanks to them, the expansion of the scaffolding allows you to create a structure ideally suited to a given project.